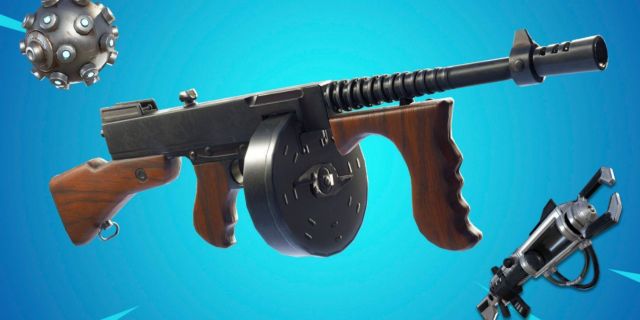 Fortnite took the gaming world by storm with its Battle Royale mode when it arrived a bit over a year ago. Since then, many changes have been implemented in the popular title, and the items are certainly no exception.

Taking to Reddit, user thesquatingdog shared an interesting graphic highlighting the plethora of items that have been introduced over the course of Fortnite’s seven seasons. Sure, the Zapotron may have made an early exit, but notable goods such as Slurp Juice and the Boogie Bomb have very much remained part of the game. However, many of the goodies introduced haven’t been as lucky.

That said, it was another Redditor who pointed out just how many of these items Epic Games has vaulted since Season 1. Of the 66 weapons, consumables, explosives, and vehicles that have been featured in Fortnite Battle Royale, 27 of them have gone the way of the Zapotron. The developers have played around with bringing some of the vaulted items back, but it usually isn’t for very long.

It’s anyone’s guess as to what will be vaulted next, but it’s safe to say there are many items yet to come as well as those that will be transferred to the vault. With Spring on the horizon, there’s a good chance the Snowmen and Chiller Grenades are at the top of the list of items to go away.

In other Fortnite news, Epic Games recently put together an in-game concert featuring popular artist Marshmello, which attracted a staggering amount of concurrent players. It was quite the sight to behold, and has likely opened the door for many other events of a similar nature to take place in the future.